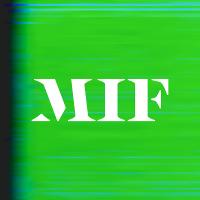 MIF brings together world-renowned artists from different art forms and backgrounds to create dynamic, innovative and forward-thinking new work, which we stage in a rich tapestry of venues across Greater Manchester – everywhere from theatres, galleries and concert halls to railway depots, churches and car parks. We work closely with venues, festivals and other cultural organisations around the world, whose financial and creative input helps to make many of our projects possible. We also work widely within communities around Manchester, originally with MIF Creative and now with a new initiative called My Festival.

Print
Add to My Shortlist
Is this information correct?  Disclaimer

Is the information on this page correct? If not, please let us know.

Are you able to provide us with feedback about your experience of using Help & Support Manchester?

It appears that you have been searching for childcare.

Did you find the information you were looking for?